Who doesn’t know Phil Aynsley? Australian, professional photographer, enthusiastic about italian motorbikes. His photographic books are very difficult to find. Tireless traveler, he has seen and photographed natural places and wonders all over the world. We are pleased to interview him to learn more about issues of interest for Motociclo Italiano.

We know you have been fascinated by Ducati since you were a boy. What can you tell us about the situation of Italian motorcycles in the 60s and 70s in Australia?

I bought my first motorcycle, a Ducati 250 Desmo, in 1972 when I was 17 years old. The ‘70s were a strong period for Italian motorcycles in Australia. Indeed we were Ducati’s major export market for the later part of the decade. Moto Guzzi and Laverda also were well represented during these years.  In those times there were three offical Ducati importers, each concentrating on different states. Norm Fraser Imports celebrated 50 years of being a distributor in 2014, the longest of any Ducati distributor in the world! To be honest there weren’t big numbers of Italian bikes involved in racing back then, specially before the mid ‘70s. Some MVs or Ducatis was brought back by Australian racers returning from Europe and there were very few dealers. The racing scene was dominated by English, American  and later, Japanese machinery.

In your books we see pictures of Italian motorcycles, Ducati in particular, well-kept and restored to the smallest details. While the models preserved are in minority numbers. Is it a coincidence or do you have a particular preference for restored motorcycles?

No I don’t have any preference for restored bikes. The most of the bikes I have been able to photograph over the past 10-20 years have been restored by their proud owners (and all owners of Italian bikes are proud of them!).  I rarely shoot highly modified bikes. Many people have told me that my pictures have been very useful for their restauration, so I feel I have some responsibility to make sure the bikes I choose to photograph are as “correct” as possible. Of course in a good number of cases some minor changes have been made but I do my best to list any such non-original items in the accompanying captions on my website.

How do you get in touch with so many fans?

I have been photographing professionally since 1990 so my name has appeared in probably thousands of magazines over the years. My website is the main contact point for most of the fans – not a word I am comfortable with! Of course in the recent years social media allows for more interaction.

Who are the passionates that let you shoot their bikes?

They are committed and passionate about their bikes. It doesn’t matter if they only own a single machine which is ridden daily or have a large collection of museum quality bikes that are now mostly for display only.  It is rarely a simple exercise to photograph motorcycles the way I do. As a result there is a fair amount of effort  involved from the owners in providing the space and time required for me to do my work. I try to repay their efforts by endeavouring to show the bikes at their best. I think most of the owners appreciate that there is some degree of ‘passing on to the future’ in having their bike recorded for ‘prosperity’

Your photos capture details of shapes and design of the bikes. Can we say that Italian motorcycles have excelled in this field?

We certainly can! From an aesthetic view point Italian motorcycles are unmatched in my opinion. In particular the period from the 1930s to the 1970s, before the general appearance of fairings, allowed designers to produce engines (if not complete bikes) that were as sculptural as they were efficient. I suspect it simply wasn’t allowed for a company to manufacture a motorcycle, no matter how humble, that didn’t look like it could be an exhibit in an art museum! Of course the technical expertise that was behind the ability to produce such beautiful engine castings or flowing bodywork should not be overlooked. Bikes such as the Ducati 916 and Desmosedici or Bimota DB1 or Cagiva C594 show that such talent and skills did not stop  50 years ago! Trying to reproduce the three dimensional beauty of these designs in the two dimensional medium of an image is my biggest challenge and joy.

Digital photography has revolutionized this sector: everyone is able to take photos and reproduce them directly at home.

Certainly everyone is able to take a photograph these days. The number of these photos that are “good” is somewhat less! Likewise I think the ability to “restore” a bike by simply bolting on new reproduction parts for instance results in, as you say, not exactly impeccable results. Speaking as a photographer there are many decades of experience involved in how I approach each shoot. The lighting, the angles, the technical considerations of which lens to use for each shot and how much depth of field to employ are a part of this. Also I need to consider what each shot is trying to convey – the shape of the curve of a tank, a detail to show a technical point of interest for example. Then there is the point of trying to impart an idea of the historical context of the bike. I think that those restoring (or even preserving) classic motorcycles should also consider what their aim is. Do they want a bike that can still be ridden while retaining a good percentage of its original looks and character or is the goal to return the bike to as it left the factory (possibly) many, many decades ago? A certain amount of research, often a very great deal of it, is required. Then assuming the owner isn’t a machinist or alloy fabricator or upholster there is the research involved in choosing the right people to do those jobs. I think the hardest thing to resist is not over restoring a bike. I have seen many that were far better finished than they ever were when brand new.

Motociclo Italiano is a project that aims to enhance the made in Italy of historic motorcycling by gathering together the many Italian motorcycles scattered around the world. For your experience where there are important concentrations of Italian motorcycle enthusiasts?

Well my experience is hardly exhaustive! But as I said, Italy has the highest proportion of enthusiasts. No doubt due to both a deserved national pride and the availability of motorcycles. After Italy I think it is mainly a matter of population size and a history of having Italian motorcycles sold in that country. I think the appreciation of good design and performance is pretty universal. The concept of Motociclo Italiano in bringing as much of the world’s Italian motorcycle heritage together is a very good one I think! 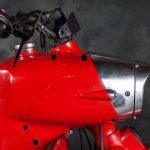 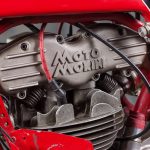 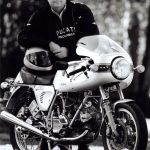 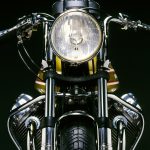 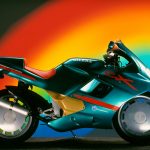